What is Hybrid App Development and Why we should choose React Native? Hybrid app development means creating a single code and running it on multiple platforms. Currently, If we need to create applications for android and iOS then what we are doing as of now. We are creating two different codes of apps that will work on android and iOS. So In this case what will happen. We need to manage two different codes. This means if we need to add a feature on the app side we need to do the same thing twice. Here, Hybrid app development will help us to manage this thing in an easy way. This means you need to write code once and this feature will work on both platforms means it will work on android as well as iOS.

Please check below the advantages of hybrid app development.

Now Let’s check what hybrid technology is available in the market.

There are many development technologies that are providing hybrid app development.

And Many more other development technologies are providing hybrid app development. 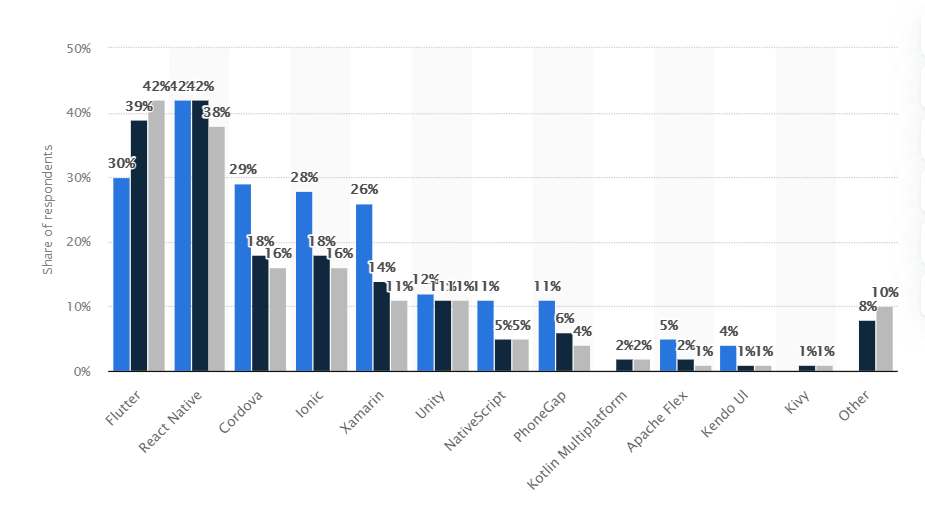 Let’s understand what is React Native.

React Native is an open-source mobile application structure invented by Facebook. It is established to develop applications for Android, iOS, Web, and UWP by permissive developers to use React along with native platform efficiency.

React Native is a JavaScript framework.

This framework is used to write real, natively translated mobile apps for Android and ios.

Currently, React native has covered 42% market in developing applications in 2021.

REACT Native is a high pick for those developers who have the ability in JavaScript as there is no demand to learn Android exact Java or iOS Swift.

Now, Let’s talk about why we need to choose react-native development.

Hope now you can understand in hybrid development why we need to choose React native.

Hope by reading this blog all things are clear and you got a satisfactory answer.